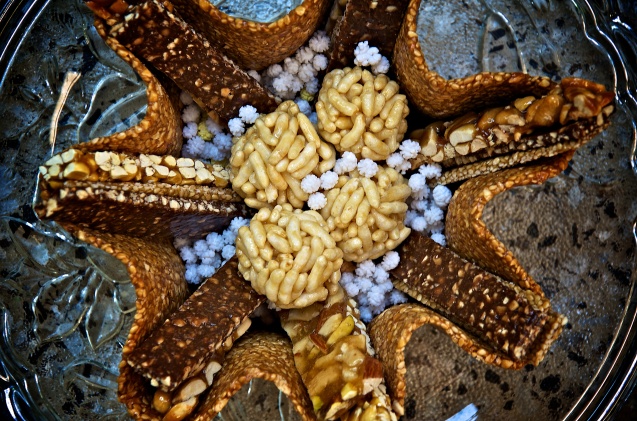 The Hindu festival of ‘Makar Sankranti‘ occurs in month of January when the Sun makes its transition to the constellation of Capricorn (‘Makar’), ending the winter solstice and beginning its apparent journey north from the southern hemisphere (‘Dashinayan’) to the northern hemisphere (‘Uttarayan’). It is celebrated in the state of Maharashtra (India) by giving ‘Til-Gul’ to each other which, true to the properties of the substance, prompts people to stick together in permanent union, develop friendships, spread love and to sweeten their talk.

It is also celebrated by flying kites in states like Gujarat (India). It has its significance as being one of the many harvest days in India.

This site uses Akismet to reduce spam. Learn how your comment data is processed.